Where you chose to live and work will have major consequences on your experience abroad.  Before you make and decisions, we suggest that you familiarize yourself with the range of locations in South Korea by visiting our guide to General Orientation.

Otherwise, you won’t know if you’ll end up here: 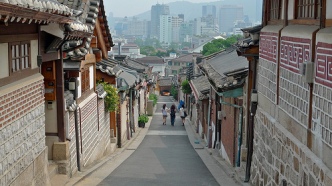 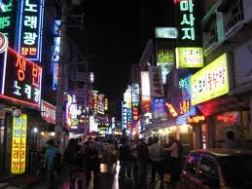 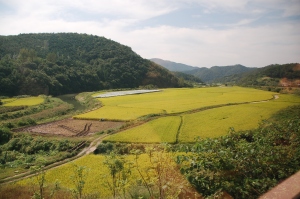 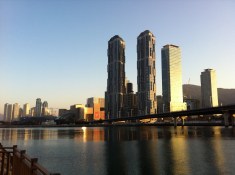 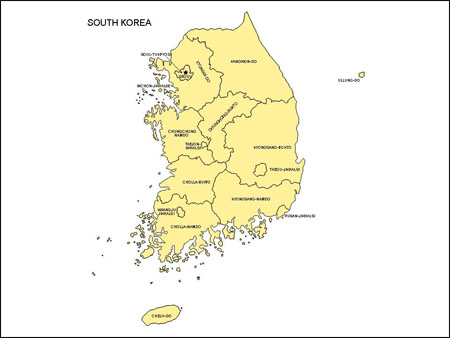 Seoul, the capital city of Korea, is located in the northwest part of the country and has a population of over 10 million people, making it not only the largest city in Korea, but also one of the largest cities in the world. Because of its size, Seoul is the center of the political, cultural and economical markets in Korea.

Surrounded by a number of mountains, Seoul was chosen as the best place for the capital city, as the mountains protect it from invasion.

Seoul boasts a few bustling downtown areas that are filled with bars, restaurants markets and entertainment for all ages.  Green space and parks are also spread throughout the city. The major downside to living in Seoul, however, is the small size of the apartments as well as the high cost of living.

Busan, also spelled Pusan, is South Korea’s largest port city and Korea’s second largest metropolitan city with a population of around 3.6 million.  It is located on the south-eastern most tip of the Korean peninsula; it resides on the East Sea and is known for its famous – and usually crowded – beaches.

Busan is called the summer capital of Korea because it attracts tourists from all over the country.  It has luxurious hotels and a great boardwalk near the beach.  Its two most popular beaches are Haeundae Beach and Gwangalli Beach.  These areas are known for their boardwalk, hotels, cafes, bars and restaurants.  The university districts are also popular for such attractions.
Busan is home of the Lotte Giants baseball team, who is known for having some of the more enthusiastic fans in Korea.  The city is also the home of Busan I’Park soccer team and has a basketball team by the name of the KTF Magic Wings.

Incheon is Korea’s third largest urban centre with a population of 2.5 million people and is considered to have one of the strongest economies in Korea which attracts foreign investors.  It is home to the country’s largest airport, Incheon International Airport, which is recognized as one of the best in the world.  It also has Korea’s largest seaport on the west coast, making it known as the country’s transportation hub.

Located on the northwest coast of the peninsula on the Yellow Sea, it is also known for having some of the country’s best beaches and is an ideal location for island hopping to neighboring islands.

Although it is a large and self sustained city, Incheon is considered part of the greater Seoul area due to its close proximity to the capital and because it is connected to the same subway system.

Daegu, also spelled Taegu, is a city where the majority of Travel and Teach teachers go to teach English. It is an affluent city and is the third largest metropolis in South Korea. It is right on the railway lines so it is easy to travel around the country since it is the crossroads to access any and all points in Korea.

It is a city with one main downtown core and is surrounded by mountains, provincial parks and temples, so it offers teachers the ‘best of both worlds’, having the split between the big city feel and with the rural areas.

If you are keen on outdoor activities, you can get a nice balance between urban and rural in colorful Daegu.  The city has a total of 4.5 million trees along the streets and in the parks of the downtown area. The total area of Daegu’s parks also turns out to be the largest among all the seven metropolitan cities; parks occupy approximately14% of the city’s total area.  It is also in close proximity to the East coast, so if you love the surf, you aren’t far from the waves.

Daegu is popular for sporting events, home of the Samsung Lions baseball team and the Daegu FC soccer team.

Daejeon is the fifth largest city in Korea, having a population of close to one and a half million people. It is located centrally in Korea and is attached to Seoul by subway.

Daejeon is recognized in Korea as a major hub for research and development as well as for its high level of education.

It is home of The Hanhwa Eagles, the Daejeon Citizen Football Club and of the National League side Daejeon Hydro & Nuclear Power FC.

Gwangju is Korea’s sixth largest city. It is a designated metropolitan city and is one of the major political and economic centers in Korea.

Gwangju is known historically and presently for its art and culture.  Many famous Korean artisans originated from this city, so it is known around the world for this reason.
Gwangju has an ideal location, lying in between the west coast plains and the west sea, so it has access to a wealth of crops and fresh ingredients, which allows its citizens to have healthy living and eating practices. The food in Gwangju is known to be the very best that Korea has to offer and is often referred to as ‘the home of Korean food’ due to its vast variety of dishes.

Ulsan is coastal city located on the East Sea and is the seventh largest metropolis in South Korea.  It is located in the southeast corner of Korea, just one hour north of Busan.  Ulsan is considered to be a mid-sized city by Korean standards having a population of just over a million people.  The city has a large foreign population of mostly English teachers. Its mild climate (rarely dipping below 15 degrees Celsius) and many beaches make Ulsan one of Korea’s most desirable places to live.  It is also known for its beautiful landscape and historical sites.

Ulsan is the corporate base for thriving Hyundai.  It is home to the K League Football Club as well as the Ulsan Hyundai Mipo Dockyard soccer team.