Perhaps the best aspect of food in Korea is that you can have some guy on a motorcycle deliver it to your door… and then come back to clean it up.  There’s usually no minimum order, and you’re not expected to tip.  Seriously. one time we ordered W9.000 (about nine bucks) worth of food after midnight during a torrential downpour and felt bad for they guy who had to deliver, so we gave him a W10.000 bill (about ten bucks) and told him to keep the change, but he refused.  Many restaurants will deliver 24-7 and you can expect the food to arrive within 30 minutes during non peak hours.   If that’s not enough incentive, most places provide their own dishes and silverware.  This is important because many Korean dishes are best served in a hot stone pot, so why settle for a flimsy cardboard box like you’d get in the states?!  Larger orders of stews and hot pots often come with a portable gas range so you can keep your meal simmering as you eat.  After you’re done, simply leave the dirty dishes outside your door and they’ll pick it up the next day.

It can seem a bit scary to order in Korean if you don’t speak Korean, but you really don’t need to know much.  Don’t panic if they try to ask you something and you don’t understand.  Just keep repeating these three pieces of information, the odds are good that your order will arrive. 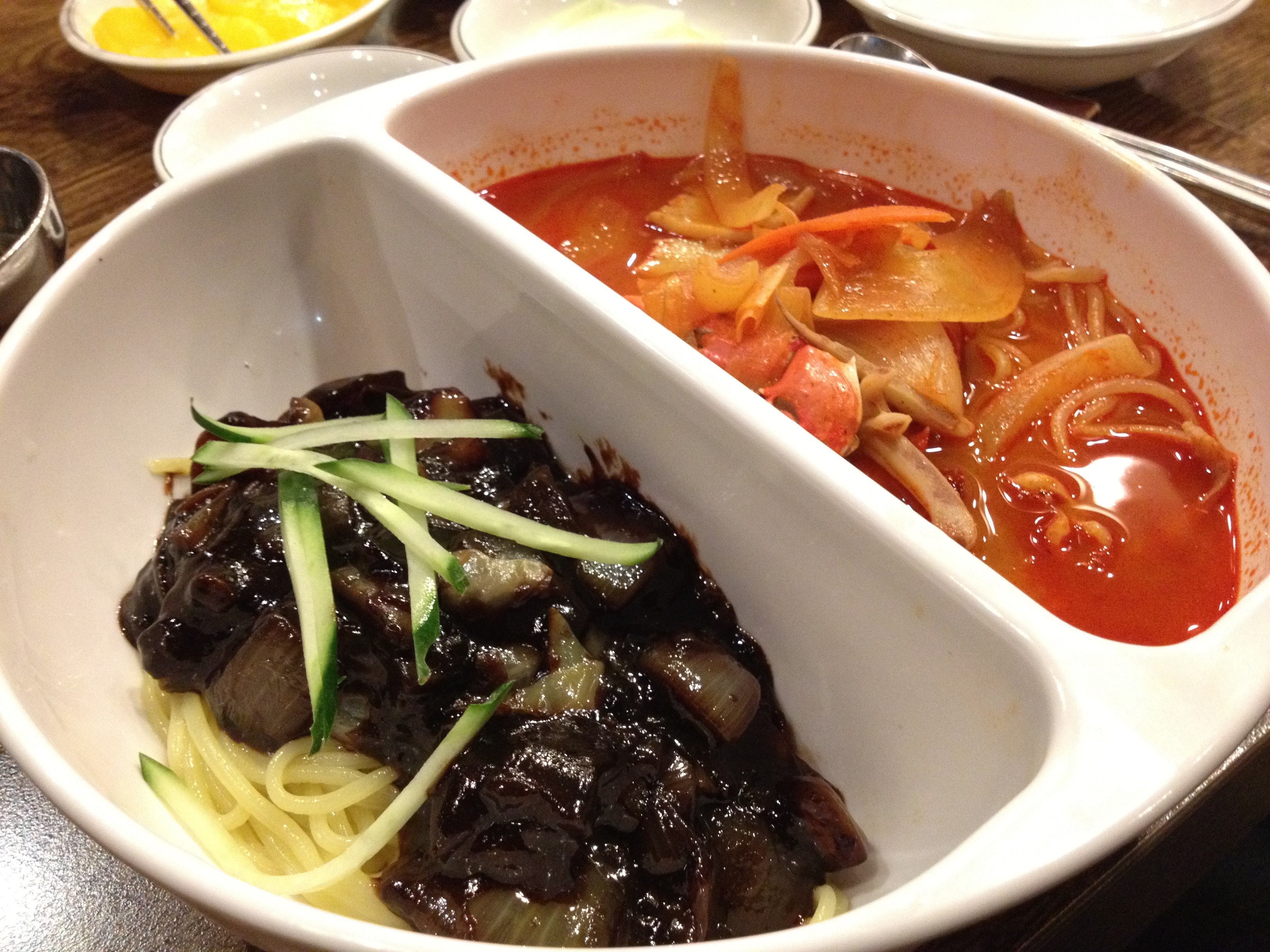 It’s something I’ve talked about, raved about before. I had experienced it but never actually did it all on my own. I knew the routine but could never muster up the courage, waiting until I was ready. But it finally happened. I finally ordered Korean delivery on my own.

It all happened one Sunday when I was especially hung over. I had no food in the house and was in desperate need of some fried chicken to quench my angry stomach. As I was hung over, thus afraid of the sun and walking, I decided what better time to try out my Korean. I was determined to get food delivered to me. Delivery in Korea is amazing for many reasons. First off it’s amazingly delicious, and you can get a wide variety of food. There are all types of Korean food, as well as Chinese, Pizza and fried Chicken. Around these parts you can even get McDonalds delivered, compensation for the lack of drive-thru’s I guess. It is also unheard of for Koreans to call and order takeout if the restaurant delivers, so even if the restaurant is 2 blocks away they will deliver. One of my delivery blunders came when I tried to order takeout and they kept asking me where I lived. And while Pizza and fried chicken comes in the usual cardboard boxes, Korean and Chinese food comes in actual dishes with a wide variety of side dishes. I’d like to thank one of my local Korean joints for equipping my apartment with a couple of spoons.

But Korean delivery can be dangerous (not by stealing spoons). After you do it once and you realize how easy it is. Then you want to do it all the time for every meal. You realize at any point you can be sitting in your apartment and 20 minutes later a scooter could pull up with a metal box filled with delicious food. Many Chinese and Korean places even have 24-hour delivery! And aside from the food being amazing, there is also the thrill of the call. Placing an order in Korean flawlessly is a thrilling experience and gives you the feeling of complete command over the Korean language. It’s like the next step in becoming Korean, applying the Korean I’ve learned towards an everyday real-life situation. You can even convince yourself that you are in fact studying while getting food, even though after a few times it’s pretty routine. But sometimes they throw a curveball at you, like asking if you want rice. Hey, wait a minute, slow down guy.

Most places will answer the phone by asking where you are. You give them the address, tell them what you want to eat, and that’s basically it. So, in Korea the address always comes first. Just like Korean grammar versus English grammar, it is opposite from America where the food order comes before the address. Oh, those wacky cultural differences. One time I ordered 찜닭(Jim Dalk), which is chicken and vegetables in this brown soy sauce (very delicious), and they asked me if I wanted rice. That one really threw me off. The word for rice in Korean can also be used for food in general, so I was a bit confused. Luckily Easy was there to save the day. I’m sure the guy on the phone was perplexed by the foreigner handing the phone off to another, better Korean-speaking foreigner. I often wonder how many foreigners they get calling. Anyway, that call reminded me why I always just say Ney(Yes) at the end when I don’t understand.

Dominos is a whole different ballgame. Luckily Easy prepared me for the sh#t storm of Korean they throw at you They do the usual routine but then ask if you want a drink, if you have any coupons, are you paying with cash or credit card. I listen for the key words, the ones that are the same in English and Korean and which tell me how to respond. There’s coupon, cola and card-uh. When I hear any of those I know my answer will be either I don’t have, no or money (oep-so-yo, ani-yo, and don). One time I called Dominos and the woman spoke near perfect English. I kept trying to talk to her in Korean and she would come back at me with English. In the end I gave up and used English. After hanging up I felt cheated, and my Bacon Cheddar pizza didn’t taste quite as good. Did you know Korean Dominos has the 30 minutes or it’s free guarantee??

Did you also know Dominos in Korea is better than Dominos in America? Very true. Korean Dominos beats the American Dominos, as well as the American and Korean Papa Johns. Unfortunately there is no Korean Papa Ginos to compare it to. For me, and other cheese lovers, the Korean Pizza Hut is still number one. There are 3 in delivery proximity from my apartment. What all American pizza chains in Korea have in common though is the ridiculous price. The need to satisfy my Pizza craving, along with the cheapness of Korean food, allows me to justify spending 20 dollars for a large pizza. Gone are the days of 2 large pizzas for 8 dollar coupons from the likes of Melrose House of Pizza, Medford House of Pizza, or (Insert your local town here) House of Pizza.